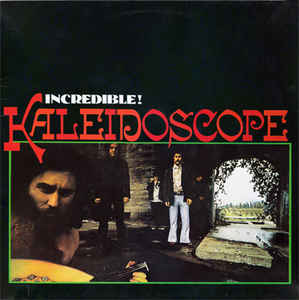 BEACON FROM MARS/THE KALEIDOSCOPE — Here is the most versatile band we have ever heard. You want ragtime? Listen to 'Baldheaded End OfA Broom' which ...

KALEIDOSCOPE, APPARENTLY disillusioned (an justifiably so) after a three-year career as one of the world's most interesting yet chronically most-ignored rock groups, has here given ...

The Rise and Fall of the Neoprene Lizards: The Kaleidoscope Story

I: "It was great music to float on while in the thrall of cannabis." ...

HE HAS AN upcoming tribute concert and box-set release and yet the question many will ask is, "Who is Chris Darrow?" ...