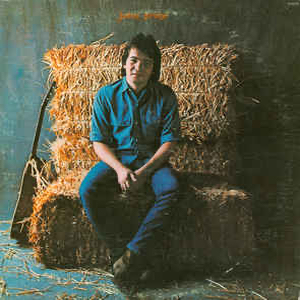 The singer-songwriter talks about writing a song with Phil Spector; on Bruce Springsteen and Bonnie Raitt; on songwriting; favourite songwriters; writing with Shel Silverstein; setting up his own label Oh Boy; recording in Memphis and Nashville; his friendship with Steve Goodman... and being covered by John Denver.

The former mailman talks about how he started as a songwriter; on being a performer; on songs such as 'Angel from Montgomery'; the detailed ins-and-outs of songwriting; and looks back at his friend and collaborator Steve Goodman.

EVERYBODY'D BEEN talking about this guy Prine, how he was Kris Kristofferson's boozin' buddy or something, and since I like Kristofferson's Kerouacian American romanticism I ...

An Interview with John Prine

JOHN PRINE IS THE GUY that sang the song about the hole in Daddy's arm where all the money goes, and a whole bunch of ...

Troubadours: Who Was That Harp With Johnny Prine?

NEW YORK — Last night John Prine squinted out into the audience at the Bitter End and drawled, "Whar's that harmonica player?" ...

A NEW ALBUM by John Prine is an event. Let it be said at once that Prine is immeasurably the best singer-songwriter to come out ...

SWEET REVENGE is another side of John Prine, a departure from the nearly unrelenting somberness of his earlier work, and an engaging picture of the ...

ALTHOUGH AT FIRST he may sound like an early incarnation of Bob Dylan, lyrically John Prine has a voice all his own. Fusing his country ...

IT MUST have been a terrible choice between seeing John Prine (and perhaps Steve Goodman?) at Regent's Park, and checking out the first British gig ...

WHEN I SPOKE to John Prine during a recent visit he made to Britain, he was searching, in this order, for his girlfriend (who plays ...

John Prine: Another Diamond In The Rough

IT SEEMED strange to be tracking down John Prine recently to find out why there hasn't been a John Prine album release in four years. ...

Review by Nicholas Jennings, Inside Entertainment, 2005

CHICAGO IS THE cradle of modern blues, the place where Muddy Waters and Howlin' Wolf urbanized and electrified the music of the Mississippi Delta. But, ...

"You can write about anything. Anything at all. As a matter of fact, the less familiar, the better." ...

"FIONA MADE ME CLEAN OUT THE GARAGE," John Prine confesses with a chuckle that's equal parts warm breeze, cold beer and fried chicken. "I cursed ...

Songs from the Gut: A Conversation with John Prine

JOHN PRINE, the original "new Dylan", has always written songs with a deep heart and a strong empathy for the people who go unseen. ...