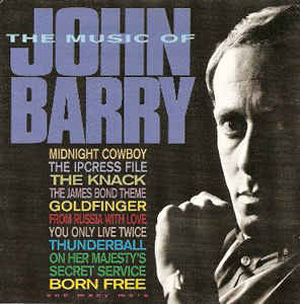 The master film composer talks about writing music for film; his dislike of pop songs in movies; Midnight Cowboy, and working with directors; the soundtrack for Swept from the Sea; doing the Bond movies as serious pieces, and his favorite Bond; the importance of thematic melody, and Dances with Wolves; his family background, with a cinema-owning father, and studying music; breaking into film work with Beat Girl; England being the right place and time in the '60s, and not doing 2001.

THERE'LL BE no stopping Frank Ifield now! It HAD to happen that 'Lovesick Blues' would hit number one, and establish the Australian as our leading ...

John Barry: The Man With The Golden Baton

COMPOSER AND conductor John Barry has scored 12 of the 15 James Bond movies, which is an impressive part of a spectacular career. However, on ...

IT WAS during the '50s and early '60s that a young trumpet-player from York – ambitious, steeped in jazz tradition but possessing a unique pop ...