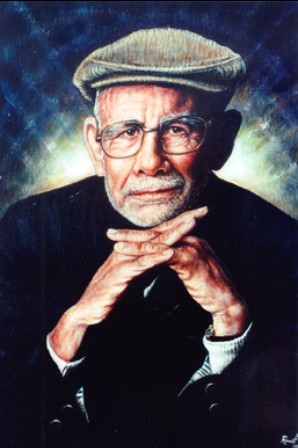 Speaking at the Friars Club in midtown Manhattan, the great Atlantic producer recalls the black bands he loved as a kid and talks about Louis Jordan, Tiny Bradshaw and the birth of R&B. "Wex" also holds forth on the growth of urban black America; the influence of gospel on black pop; the importance of Western Swing; the other labels and white entrepreneurs involved in black music; discovering Stax and Muscle Shoals in the dog days of the early '60s; tying the knot with Stax... and getting back in the studio with Wilson Pickett.

Smokin' weed in the MOMA courtyard: growing up in NYC and the people he grew up with; meeting the Erteguns; writing for Billboard; the early days at Atlantic and working with Ray Charles, Aretha Franklin and more...

JERRY WEXLER is without doubt, one of the great producers who revolutionised Rhythm and Blues music in the 50's and 60's. ...

Profile and Interview by Barney Hoskyns, Independent on Sunday, 30 May 1993

GET JERRY WEXLER started on the big bands of the Thirties and Forties and you'll never hear the back of it. Most ageing music moguls ...

I'M NOT sure the first time I saw Gerald Wexler's name on an album. ...

AS SOON AS Jerry Wexler's death was announced on August 15, 2008, daily newspapers and rock magazines had their already-written obituaries ready to go in ...