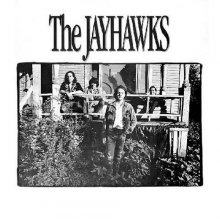 The Minneapolis Scene: Left Of The Dial

In the early Eighties, Hüsker Dü, The Replacements and a handful of other scruffy Minneapolis bands forged what is now known as indie rock. This ...

The Jayhawks: Sound Of Lies

IF, LIKE me, you thought The Jayhawks were just another bunch of New Country journeymen, then prepare to have your mind radically, brutally altered. ...

DESPITE SERIOUS competition from an important Chicago Bulls game, the gilded relic that is the Riviera is close to packed tonight for a double-header by ...

THE BAND THAT helped kick-start the alterna-country sound over a decade ago has undergone a major transformation since the departure of co-founder Mark Olson following ...

"THESE SONGS ACT like country-tinged rock and roll with an intellectual attitude and shit-kicking ambiance, but they're smarter than they act... they aren't as simple ...

The Jayhawks Soar Back Into Houston

THEY INITIALLY CAME to prominence under the alt-country/No Depression banner in the mid '90s. But no listener to the whole discography of the Minnesota-bred Jayhawks ...