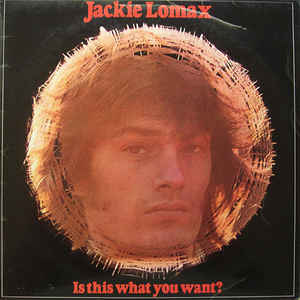 HAS APPLE GONE SOUR? That's a question people are starting to ask as directors quit, and the film division virtually closes down. There are also ...

As long as Apple people are appreciated by some of the people some of the time, they're happy!

Maureen O'Grady writes on the other artistes signed to the Beatles. ...

LONDON – Jackie Lomax is from Liverpool. He's 26 and he writes songs and sings them. ...

Jackie Lomax: Home Is In My Head

JACKIE LOMAX' FIRST album, released in 1969 on Apple, was produced by George Harrison, contained an excellent single ('The Eagle Laughs At You' b/w 'Sour ...

Jackie Lomax and Band Playing at the Whisky ...

The History Of Jackie Lomax

WITHOUT ANY DOUBT, one of the sad, inexplicable stories of English rock music is the failure of Jackie Lomax to receive the degree of success ...

Jackie Lomax: Is This What You Want?

FEELING UNDERVALUED and forgotten in the shadow of the Fab Four, two Apple signings jumped ship at the start of the '70s to join Warner ...

THE CAREER OF the Liverpool-born singer and songwriter Jackie Lomax, who has died aged 69, seemed set on a golden path when he became one ...