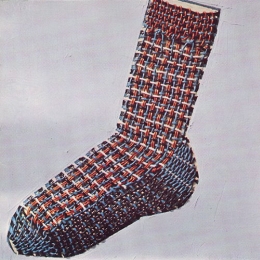 HENRY COW, a quintet formed at Cambridge University five years ago, are probably best known — though the group themselves would rather forget it — ...

I SENSED something weird was in the offing the moment I was met in the foyer of the Rainbow by a lady dressed as a ...

Henry Cow: Gerroff An' Milk It

CHARLES SHAAR MURRAY wanted to call it 'How I listened to HENRY COW – and lived' ...

Henry Cow: In Praise of Learning

IT HAS been said that rock has lost its vision. It has also been suggested that the current drought of spectacular things to behold in ...

The Roman Spring Of Mr. Wyatt Thrill to the chariot racing. Dice with death in the streets of the Italian capital. Listen to the music. Special ...

IN THE PAST, Henry Cow have tended to be slotted into a critical compartment reserved for 'English Avant-Garde, jazzy/ eccentric', alongside Hatfield and the North, ...

SOMEHOW HENRY Cow all seem slightly amused to be on stage. This is one of the many communications going on between them, but mostly they ...

THIS IS as good a place as any for new listeners to get into the music of Henry Cow. In purely economic terms this double ...

THIS WAS only the fourth concert that Cow have done in this country all year — they have been touring Europe all through the summer. ...