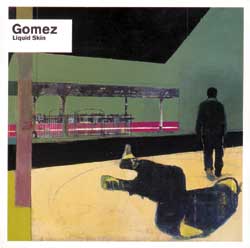 THE INITIAL sensation sits somewhere between inspecting the tonsils of a vast, mythical reptile from The Land That Time Forgot and stepping around the mouth ...

Spark up a snout, let the songs of Joni Mitchell soothe you to sleep, and watch out for Homer's gut with that cannonball. BEN OTTEWELL ...

Gomez may have won the Mercury Music Prize, but they're not your typical hard-living rock stars. Tom Cox meets the broadest minds in the business ...

WHEN GOMEZ SINGS the line from 'Here Comes the Breeze' that goes, "There's no shame in going out of style," you have to admire the ...

IT ALWAYS happens like this. You send your wee boys off to college, or indeed to war, and they come back big, strapping men. Yeah, ...

RAISED ON the self-consciously savvy white American soul of acts such as the Black Crowes, Beck, and Slayer, these five young Mojo cover boys ("The ...