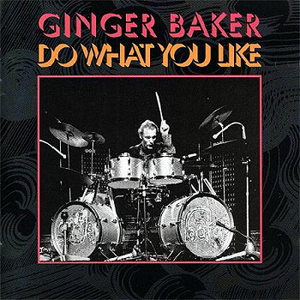 Retrospective by Chris Welch, History of Rock, The, 1982

PETER 'GINGER' BAKER had an enormous and profound effect on the course of rock drumming when his playing and personality first began to make an ...

The ex-Cream drummer refuses to divulge much about working with PiL; the Beware of Mr. Baker movie; his Nigerian experiences; being an improvising musician; his friendship with the jazz greats; the Cream reunion; leaving South Africa; his relationship with his family and his health. He's marginally more forthcoming about his experiences with heroin.

PLAGUED BY DISASTER AND COUNTLESS SETBACKS, THE SUNBURY FESTIVAL PRESENTED SOME OF THE BEST MUSICAL ENTERTAINMENT EVER SEEN. RM WAS THERE. ...

PETER "GINGER" BAKER will be 29 soon, and after 13 years of beating drum kits into submission, he is at last able to relax and ...

"SCRAMBLE!" Ginger Baker, Marshall of the Airforce, rapped out his orders with the cool aplomb of a man in charge of a powerful attacking force, ...

GINGER BAKER is 31 years old and you DON’T ignore him. You can’t. He has accumulated a monstrous reputation over the past 10 years that ...

GINGER BAKER HAS led a long tough career. He has worked hard, stuck to his musical guns at all times. ...

WITH AIRFORCE, Ginger Baker succeeded in providing the rudiments of the Afro-beat. Consciously he wanted to go back to the roots of highly percussive music, ...

...and they're going into battle shortly with a new album and tour. Ginger Baker, ace drummer and member of the Lagos Polo Club, explains his ...

“People Thought We Were Only Good For One Album. But We Made Another. So There”

Yes, success is getting a little nearer ever year for the BAKER GURVITZ ARMY! Report by CHRIS SALEWIZ ...

WHAT THE HELL is drummer dinger Baker doing in New York? Hanging out with the Celluloid Records central committee, of course, and laying down tracks for ...

BBM: Around The Next Dream (Virgin)/Ginger Baker Trio: Going Back Home (Atlantic)

WHOEVER FIRST claimed that guitar, bass and drums are the "three primary colo(u)rs of rock and roll" ignored the possibility that some of us might ...

"DO 'TOAD'!" THAT WAS THE TENDER CATCHPHRASE THAT every youth used to yell at Ginger Baker every time he took his place behind his amazing ...

Ginger Baker: "I came off heroin something like 29 times"

Profile and Interview by Edward Helmore, Observer, The, 5 January 2013

Former Cream drummer Ginger Baker talks about his battle with heroin, how he was the original Rolling Stones drummer and being the subject of new ...

ON A SATURDAY afternoon in late May, I arrive at a large outdoor sports facility on the west side of Los Angeles.  There are several playing fields ...