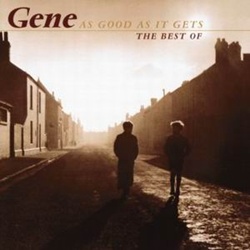 CHROMOSOME IS WHERE THE ART IS ...

JUST WHO do Gene think they are? Appearing out of nowhere last spring, the London-based quartet produced three highly contagious singles, had journalists fawning all ...

BARELY A year old, Gene have already attracted the standard amount of instant acclaim in merry old England. In this latest case the critical clamor ...

Gene — bunch of weedy, sensitive fops, right? Wrong! For they have returned and this time they are a no-nonsense, well-hard fighting machine. So just ...

AS THE MUSIC industry struggles to acclimatise to the brave new online era, it's somehow fitting that the first major gig of the year should ...

Gene: As Good As it Gets

THE 17 TRACKS gathered on this disc provide a perfect opportunity to re-appraise one of the brightest, most intriguing bands of recent times (isn't hindsight ...