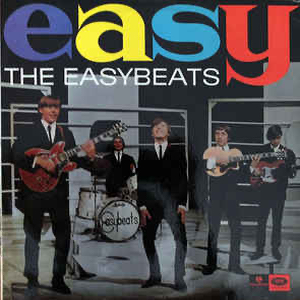 WHEN 'FRIDAY On My Mind' initially imposed itself upon my auditory passages I think it's only true to say I was knocked out. Verdict: a ...

The 'Reach Out, I'll Be There' boys hit town and cause a sensation among the stars and fans at their concert ...

THE EASYBEATS are new and young — all teenagers — and so are vital in a slightly sagging pop scene that was given a shot ...

The Easybeats; Two In A Row?

A peep into the studio where The Easybeats are cutting the follow-up to 'Friday On My Mind' ...

An Australian group with stardom on their minds. IN MID-SIXTIES AUSTRALIA, home-grown acts found it difficult to penetrate the music scene on a national ...

Prehistoric Sounds: In Search of an Australian Rock'n'Roll

I'VE STARTED writing this story a hundred different ways and every time I think I might be getting somewhere I end up stumbling across some ...

Overcoming the Cringe: A Potted History of Australian Rock and Pop

The Easybeats guitarist and AC/DC producer wasn't just a star in his own right, but a behind-the-scenes industry giant. ...