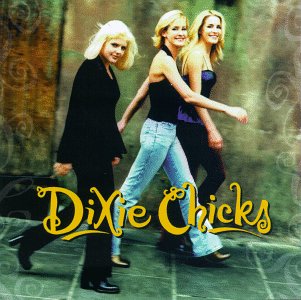 I Shall Be Free: The Blacklisting of Dixie Chicks

IN CHRIS BUHALIS'S 'Talkin' Sounds Just Like Joe McCarthy Blues', John Ashcroft declares questioning him un-American, to which the singer replies, "It's called a democracy. ...

They broke all the rules in Nashville and now they're heading our way. Paul Sexton meets the Dixie Chicks ...

EVERYONE IN NASHVILLE understands that the New Country formula-slick production with a seamless touch of roots and updated suburban family values-isn't enough anymore. ...

"ANYONE AWARE of the incident March 10?" asks singer Natalie Maines, referring to the band's last UK visit, when a remark that she was "ashamed" ...

DISSENT STILL finds its focus in pop, more than any other art form. But there can have been few less likely standard-bearers for this radical ...

When they criticised President Bush's war, the Dixie Chicks went from being new country darlings to enemies of the state. Now they’re unlikely keepers of ...

Dixie Chicks: How The Chicks Survived Their Scrap With Bush

Adam Sweeting assesses how the Dixie Chicks have weathered a political storm ...

NATALIE MAINES has a little cluster of black teardrops tattooed on her lower leg, trickling from her ankle down to her foot. Dixie Chicks' poised ...

The Dixie Chicks: The Playboy Interview

IT IS MARCH 10, 2003. The Dixie Chicks – Natalie Maines, Emily Robison and Martie Maguire – are playing an SRO show in London at ...

There's Your Trouble: Considering the Dixie Chicks controversy, with hindsight 20/20

Retrospective and Interview by Holly Gleason, No Depression, 23 May 2017

IT WAS EARLY 2003. The Dixie Chicks were easily the biggest girl group in history — and also the biggest act in country music post–Garth ...