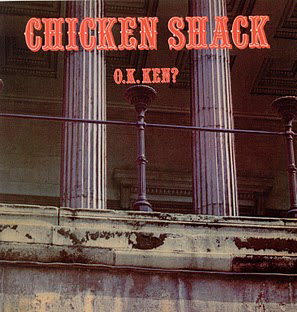 A Perfect Marriage: Christine Of Chicken Shack And John Of Fleetwood Fame

BLONDE, GRITTY Christine Perfect not only bears the distinction of being lead singer of the famed Chicken Shack blues band, but is also married to ...

SOLID GOOD humour abounds on Chicken Shack's O.K. Ken? (Blue Horizon 7-63209) of a British variety which makes it so more bearable and strangely authentic, compared to ...

STAN WEBB was grinning evilly as he strode into a pub, but no maniacal deeds were going through his mind, he was just dead chuffed ...

WHEN CHRISTINE Perfect was 19 and studying to be a sculptress in Birmingham, she was roped into playing bass for a local group that didn't ...

STAN WEBB is Chicken Shack. And at the moment he's quite literally the whole band – the rest of the original members left when the ...

Retrospective by Tom Hibbert, MOJO, May 1994

Stan Webb: What Can A Poor Boy Do?

Stan Webb has every right to be cynical about the music business and how the sharks in suits come on strong as your best friend ...

Mike Vernon: Beyond the Blue Horizon