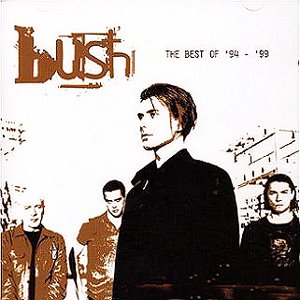 Report and Interview by Andrew Smith, The Guardian, 7 April 1995

How come an unknown British band are so big in the US? ...

"HELLO", says Gavin Rossdale, slumped against the sofa on the trailer floor after a day of interviews. "We’re Bush — calculating, conniving, formulaic opportunists. Who ...

Steve Albini is working on their next album, and their lead singer is pals with Courtney Love. Does that make them a band to ridicule ...

BETWEEN ROCK AND A TIRED PLACE ...

Gavin Rossdale has spent a mere 11 days at home in the last two years. No wonder BUSH have driven back to London after every ...

For the Love of Blighty

Coming soon to a suburb near you: Madonna. Susan Corrigan reports on a transatlantic affair ...

Phil Sutcliffe checks out the history of British bands making it, and failing to make it, in the USA, and looks at the example of ...

You would give your left arm to have a celebrity girlfriend, holidays in the Caribbean, several million in the bank and a reputation as Britain's ...