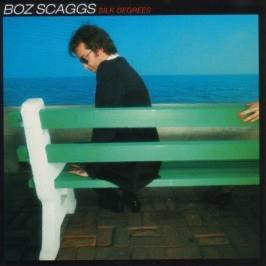 THIS BOY certainly eats up producers. ...

Boz goes through his recording career, starting with Jann Wenner's role in the first solo album at Muscle Shoals; the albums Moments and Boz Scaggs & Band; returning to Muscle Shoals for My Time; the Johnny-Bristol-produced Slow Dancer, featuring James Jamerson and others; Silk Degrees and 'Lowdown' as a crossover pop hit, plus producer Joe Wissert; involvement in the New York Rock & Soul Revue with Donald Fagen; his Some Change album with co-producer Ricky Fataar; the Japanese-only release Fade into Light, and his new Come on Home covers album.

The Heaviest Group in Town ...

Boz Scaggs: Your Mom Loved Him... And Still Does

THESE DAYS, it's good to be the Wizard of Boz. In recent times, Boz Scaggs has been recording and touring as he pleases, including a ...

Boz Scaggs: Worth Waiting For

BOZ SCAGGS graced our fair capital last week, dropping off en route to an Italian beach with his wife and kids. Mindful of the relative ...

Boz Scaggs on But Beautiful

WITH HIS new album hitting No. 1 on the jazz charts, Boz Scaggs is a changed man. "I'll use what I've learned in this process ...

Boz Scaggs: The Boz is back

The least driven man in rhythm and blues has somehow produced another album. Adam Sweeting gets the lowdown ...

SEEING AS how I hate Bloomingdale's with an untowards eccentric passion (due to the fact that they sell shitty shoes and dictate an intensely shallow ...

THIS IS a really great dance record. Put on the first three cuts of either side and you'll get going anybody who's got rhythm in ...

WHEN AN album takes so much in, puts so much out, and somehow remains itself, then before long the great cosmic public are going to ...

NOBODY WOULD HAVE thought that a former Steve Miller Band sideman whose name sounded like a disease of sheep would suddenly, after six failed solo ...

LIKE ONE OF his ballad's gently lolling melodies, William Royce "Boz" Scaggs takes an easygoing approach to recording. Never one to give in to a ...

Down Two Then Left Plays Funk Against Fancy ...

WATCHING THE degeneration of an artist's talents is no fun, especially when they've done truly classic work in the past. Boz Scaggs has never recovered ...

STROLLING THROUGH New York's Central Park on a hot and sultry Friday afternoon was pretty much like reliving a David Peel song. The paths and ...

SLOW DANCER is Boz Scaggs' fifth album, and you have to wonder when he's going to start repeating himself, because none of them sound the ...

Yes, this is one for the, err, cognoscenti. It's BOZ SCAGGS man – but coming on strong like Bryan Ferry's wardrobe. Admirer MAX BELL talks ...

Boz Scaggs: Portrait of The Image as a Reality

The elusive BOZ SCAGGS picks up the phone in deepest America and suavely refutes all allegations of artifice. 'My image is no pose man – ...

LOUNGING IN HIS suite at the Pierre Hotel, an opulent home for the wealthy, once owned by Paul Getty, Boz Scaggs completes a picture of ...

WHY DO people make albums? There are probably three reasons: ...

Boz Scaggs: Boz Of The Blues

BOZ SCAGGS is a musician I've always had a great affection for, from way back in the old Steve Miller days when I was still ...

WHEN BOZ SCAGGS MADE HIS FIRST tentative steps back into the music industry that he had abandoned for most of the '80s, he found his ...

BOZ SCAGGS has one of the sweetest, most engaging voices around, and his recent albums have been on the sweet and friendly side, too. Records ...

STILL REGARDED over here primarily as a kind of lounge-lizard soulman — sort of Bryan Ferry with roots — thanks to his hugely successful mid-70s ...

BOZ SCAGGS' FIRST solo album was so close to perfect that it must be considered a tough act to follow. Still, one might have hoped ...

BOZ SCAGGS is the cult hero with the strongest claim to wider fame. He’s in Britain all summer to play and record...he talks to MM’s ...

For eight years, Boz Scaggs has been making playable, durable albums (counting the new one, there are now six solo LPs, and before that Scaggs ...