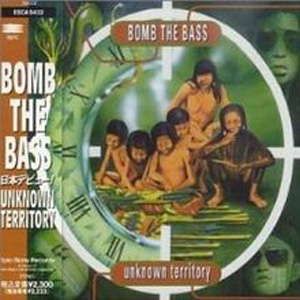 Bomb The Bass: Into The Dragon (Rhythm King)

IT'S IMPOSSIBLE to know where to begin with Bomb The Bass. Tim Simenon, part joker, part scientist, part funny, furry hat, doesn't know either, even ...

THE PHENOMENAL SUCCESS OF BOMB THE BASS THIS YEAR HAS USHERED IN A PLETHORA OF DJ CUT RECORDS WHICH ARE NOW ASCENDING THE CHARTS. EVERETT ...

War broke out just as BOMB THE BASS released their first single for two years and the censors swooped. Now TIM SIMENON goes under his ...

THE TRANSFORMATION is now complete. Tim Simenon has finally shaken off the last vestiges of novelty-type pop stardom and embraced a glorious future-funk noise. Anyone ...

TIM SIMENON shuts his eyes, shakes his head and through gritted teeth describes the last Bomb The Bass single, 'Love So True', as "a total ...

WE NEED a new category – something like "progressive dance", or prog funk – to describe the new post-aciieed groups like 808 Slate, Bass-O-Matic and ...