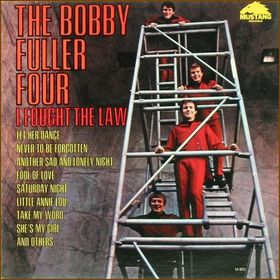 Plenty of tips, including a new Stones. Many follow-ups which aren't marvellous, and some outsiders, including Percy Sledge and Jimmy James and the Vagabonds ...

New albums from the Mamas and the Papas, Simon & Garfunkel et al

Mamas and Papas next single on their new LP ...

FOR FIFTEEN years there has been an enigmatic force burrowing underground, pulling people by their roots down toward the core of white-hot rawness. Gripped by ...

HARD TO BELIEVE it's been thirty-two years now since the self-proclaimed "Rock 'n' Roll King of the Southwest," who practically single-handedly bridged the (southern-fried) Fifties ...