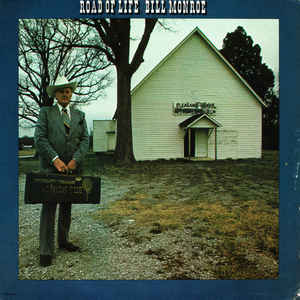 The King of the bluegrass Mandolin discusses his approach to music, the influence of the blues, playing with the likes of Flatt & Scruggs, and gives his view of contemporary bluegrass artists such as the Dillards.

EVERYONE SAID we'd gone to the wrong concert. The second of Monroe's two bluegrass concerts at Newmarket's Grand Ole Opry on Sunday was the one ...

Kentucky Friar Bluegrass: At 63, Bill Monroe's Fingers Are Still as Nimble As Ever. Dave Laing reports from Greyfriars Monastery, near Glasgow. ...

BILL MONROE IS the main-man of bluegrass music, a veteran innovator whose recording career spans 40 years. ...

This is a transcription of Karl's audio interview with Kentucky's bluegrass king. Hear the audio on the site here. ...

Before Bluegrass, Bill Monroe Was Already a Star

Come On, Let's Go!: Elvis on the Hayride