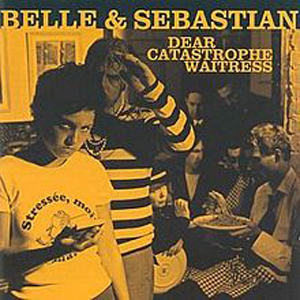 Once again, Glasgow has provided the world with something special. Belle and Sebastian will become one of the most important bands of the '90s. Oh ...

Belle and Sebastian: The Ever-So-Secret Seven

Belle & Sebastian: The Lo-Fi Who Came In From The Cold

After years of refusing to speak to the press, Belle & Sebastian mainman Stuart Murdoch finally faces up to his fiercest critic. ...

THE QUEEN MOTHER has been dead for four days. I remember reading that she was a dab hand on the bongos. Belle and Sebastian have ...

Review by Will Hermes, Spin, October 2003

BELLE AND SEBASTIAN are more than a band of underachieving indie-rock layabouts from Glasgow. ...

SOMETIMES, WHAT sounds like a good concert idea on paper turns out even better – historic, even – on stage. ...

Rocking the Cradle: Songs for Kids

Yes, it's children's music-but these dark, soulful, sweet tunes are a long way from Bob the Builder. ...

Slaves to the rhythm: What the non-frontmen have to say

That's Entertainment: My Life in the Jam Rick Buckler Omnibus Press, 384pp, £14.95 Deal: My Three Decades of Drumming, Dreams and Drugs with the Grateful Dead Bill ...

Belle and Sebastian: How to Solve Our Human Problems

FOR MORE THAN two decades, Scotland's Belle and Sebastian has championed the virtues of old-fashioned pop music, crafting gorgeous, compassionate tunes that balance heartbreak and ...