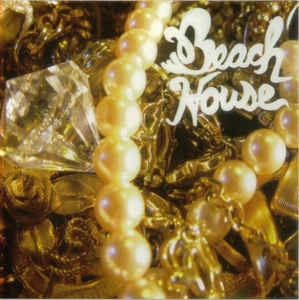 DREAM POP doesn't come much dreamier than this. For their second outing, the Baltimore-based duo of Alex Scally and Victoria Legrand have concocted an even ...

It is only a matter of time before these US alt-rockers will be acclaimed for their slow, atmospheric lo-fi lullabies. ...

Profile and Interview by Tim Cooper, The Independent, 15 January 2010

Baltimore's dream-pop duo Beach House are confounding classification to gain plaudits from Fleet Foxes, Grizzly Bear and the Strokes. Tim Cooper gets to grips with ...

THE EARLY 1990S SHOEGAZE SCENE is not widely regarded as British music's finest moment. Peopled by bands such as Lush and Slowdive — who crafted ...

The Baltimore duo stitch a blue velvet tapestry. WHEN BEACH HOUSE released their self-titled debut album in 2006, it was readily embraced by the Pitchfork-reading ...

ONE OF THE most underrated qualities in music is doing one thing very well. We instinctively cherish the wayward souls, the confounders of expectation, the ...

"MAKING THE SIMPLE COMPLICATED is commonplace; making the complicated simple, awesomely simple, that's creativity." Not our words but those of jazz colossus Charles Mingus, which ...

"THIS ONE'S GOING to be in near darkness," mutters the man on the door, and Beach House emerge in so much gloom that if one ...