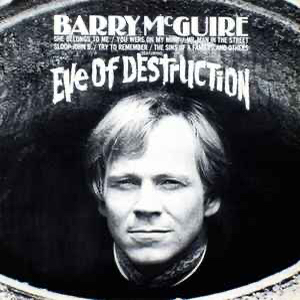 (Editor's Note: A burly ex-construction worker has caused an overnight sensation, with his recording of 'Eve of Destruction'. Barry McGuire has also caused a raging ...

Protest Songs: How sick will they get? asks Alan Smith

SING A SONG of protest — and you, too, could find yourself there in the charts. Suddenly a whole flood of these let's-put-the-world-right numbers has ...

"I LEFT to be myself. I felt there were better things to be said. If I can't have fun then I'm not real, and if ...

Barry McGuire Talks About Protest And His War On Evil

WE WERE talking about protest and folk music. I suggested to Barry McGuire that so many of them are fundamentally silly because they either protest ...

On Records: The Folk-Rock Rage

FOLK-ROCK, which mixes the simplicity of folk music with the frenetic rhythmic heat of the electrically amplified sound of rock 'n' roll, caused one of ...

THE ARTICLE you're about to read is the first in a series of teen discussions which will be sponsored and published in The BEAT. ...

Profile and Interview by Charles Bermant, No Depression, 23 March 2013

BARRY MCGUIRE was around in the 1960s, and remembers them well enough to present a historical narrative of songs and stories for the benefit of ...