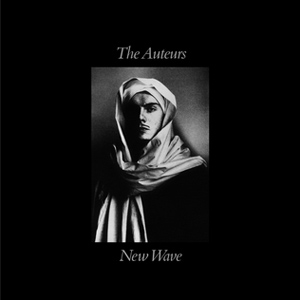 The Auteurs: A Novel Approach

Failed ice-cream man Luke Haines of the Auteurs wants to rescue you from mindless grunge, and sees his heart-stopping new single, 'Showgirl', as a mini-screenplay. ...

A NAME that the nation's tastemakers have been looking up in their dictionaries and dropping in the right circles for, oh, weeks. ...

Auteurs make a big splash before a small crowd

Review and Interview by Jim Sullivan, The Boston Globe, 14 April 1993

CAMBRIDGE – Hype is a constant factor in the music biz – an irritant and an enticement – but only occasionally can you actually buy ...

They came, they saw, they left. The Auteurs' maiden voyage to the Americas left more than a little to be desired. "Next time," they warn ...

British Rockers Trot Out the Flag

LONDON — In rock-and-roll just as in politics, the United States and England have a special relationship. Together, they have dominated global pop. Over the decades, ...

The Auteurs: Haughty by Nature

The Auteurs: Simply The West

THE AUTEURS make witty, literate, even barbed and bitchy pop. None of which explains why mainman LUKE HAINES is dressed like an extra from some ...

WITH ITS jungle rhythms and uncouth passion, rock'n'roll used to be the enemy of civilization and refinement. So I'm amused that it is rock fans ...

PITY POOR Luke Haines, a man weighed down by the burden of talent. It's odd to think that this sneering bundle of cynical intelligence was ...

The Auteurs: Live in Paris

AS LUKE Haines builds up an ever-expanding oeuvre, replete with cross-references and self-mythologising manifestos, one wonders what the French might make of this superficially haughty ...

Luke Haines: Bad Vibes – Britpop and My Part in Its Downfall (Heinemann)

ROCK HISTORY, like other sorts, tends to get told from the point of view of victors rather than losers. By popular acclaim, the big winners ...