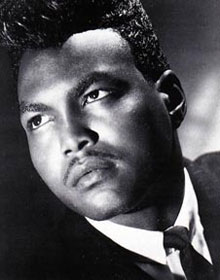 EIGHTEEN MONTHS ago Warner Brothers issued an album that re-introduced a name from the early sixties. Arthur Alexander (BS.2592) had been a long time coming. ...

Arthur Alexander: A Shot Of Rhythm And Soul (Ace)

THIS IS a welcome and important collection bringing together for the first time on one LP all the famous and not so famous songs recorded ...

DURING THE early '60s, Arthur Alexander wrote a famous clutch of compact, well-crafted country-soul songs. Stories of inconstant love and private gloom, they were covered ...

The Beatles, Stones and Dylan covered his songs. As a singer he was rated alongside Otis and Orbison. So whatever happened to Arthur Alexander? ...

Country's Soul: The Music Of The Late Arthur Alexander Still Provides A Living Link Between Hillbilly Twang And R&B

ON MARCH 18, 1993, Arthur Alexander was the guest star at Jimmie Dale Gilmore's birthday party at the Broken Spoke dance hall in Austin, Texas. ...