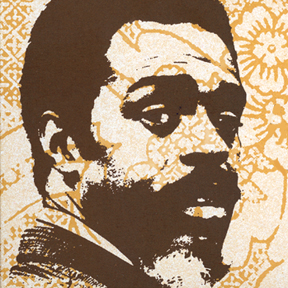 ALBERT AYLER, the revolutionary jazz tenor saxophonist, is dead at the age of 34. ...

Ayler — Beyond This World

Albert Ayler: "Coltrane was The Father, Pharoah was The Son, and I was...The Holy Ghost"

Gothic horror, funeral processions, The Exorcist ten years early on a crazed tenor. The critics loathed it. Audiences stayed away in droves. ALBERT AYLER. Have ...

IN A New York City nightclub, a skinny little Caucasian whose waterfall hairstyle and set of snout and lips make him look like a sullen ...

My Name is Albert Ayler

Synopsis Feature-length documentary about the African-American saxophonist Albert Ayler (1936–1970), told through archive footage and new interviews with friends, family and musicians, including his brother and ...

'I must play music that is beyond this world' – Albert Ayler ...