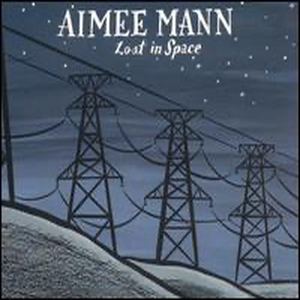 Ms. Mann talks about her first band Til Tuesday; record company indifference; songwriting collaborations past and future (but not Ray Davies!); and working with Jon Brion on Whatever.

"WE'VE HAD a joke going recently," Aimee Mann says, "that the new album has three themes: despair, defeat and revenge." ...

THE ONLY 1980s musician with a teased hairdo who was actually forgiven for it, Aimee Mann started the 1990s staring up from the dumper. ...

Aimee Mann: Of Mousse And Man

American singer-songwriter Aimee Mann, is "better than just about everyone", but she's only now clawing her way to success. Nick Coleman takes her to dinner ...

In which two of L.A.’s best songwriters get dumped by their labels, get married and live happily ever after. ...

Aimee Mann: Catcher In The Wry

She scored with the heartbreaking Magnolia soundtrack, but Aimee Mann isn't gloating just yet ...

FILM DIRECTOR Paul Thomas Anderson used Aimee Mann's music as the starting point and inspiration for his Oscar-nominated Magnolia, about the intertwining, desperate lives of ...

LIKE HER voice itself, Aimee Mann's Christmas concert – her first of what promises to be an annual event – in L.A. was winningly straightforward ...

AIMEE MANN reckons she could take Bob Dylan in a boxing bout. It would be a close run thing but age and height advantage would, ...

The Discreet Charm of Aimee Mann: An Interview

THIS ALBUM is full of horrible, heartbreaking things. Things that happen not just to bad people but good people, too. Of course, by the time ...

"WOW, THERE ARE people in here all of the way to the back!" marvels Aimee Mann two songs in, shielding her eyes to gaze deep ...