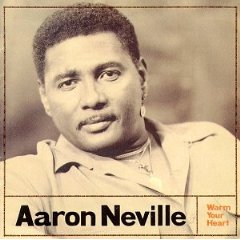 The giant of New Orleans singers looks back at his roots in the Crescent City: the hard times and the good times, being a Neville Brother, key vocal influences and more.

THE FLOOD of soul reissues and compilations continues with four more from the vaults of EMI's Stateside subsidiary. First off, an album of mid-period (early ...

Neville Brothers Bring Their Angelic But Underrated Sound To Hopkins

MAY DAY WAS the last day of this year's New Orleans Jazz and Heritage Festival, and the honorary slot of the last set was once ...

AARON NEVILLE has to be one of black music's more extraordinary characters. There can be few experiences as disarming as hearing the voice of an ...

WITH HIS brothers and on his own, Aaron Neville has been involved with some truly fine records. But it's also true that he recently reached ...

Shooting up with Ray Charles, blown away by Katrina, the voice of New Orleans has seen tough times. Now Keith Richards is reaching out. "I ...