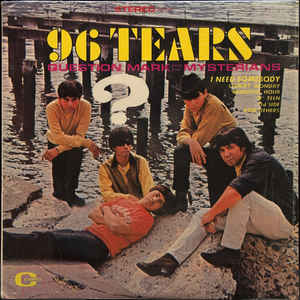 New Stars on the Horizon

KEITH KEITH WAS born in Philadelphia in the Spring of 1945. Within two years he had lost both mother and father to sickness and was brought ...

FOR FIFTEEN years there has been an enigmatic force burrowing underground, pulling people by their roots down toward the core of white-hot rawness. Gripped by ...

Phone Home: ? and the Mysterians

"WHOA! IT'S WILD that you called today. Little Frank, the original organist in The Mysterians, has just rejoined the band. He was down in Texas ...

? & the Mysterians: Life on Mars

'96 TEARS' IS one of the greatest rock 'n' roll songs in the history of the genre. In fact, it may be the greatest. John Lennon reportedly ...