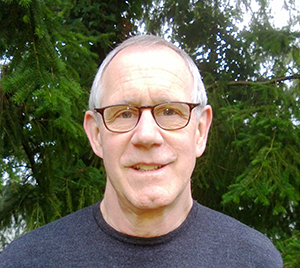 SAM SUTHERLAND began his career as a music journalist in the early '70s, joining Billboard's New York offices where he covered record companies, recording studios, and college media by day and reviewed live music by night. He would undertake a subsequent tour of duty at Record World magazine in the late '70s as its west coast editor, rejoining Billboard in 1981 as its west coast bureau chief.

A New York native, he moved to Los Angeles in 1974 as inhouse writer and publicist for Elektra/Asylum/Nonesuch Records and embarked on a second label adventure a dozen years later as an executive for Windham Hill Productions, based at its Los Angeles sales, marketing, and promotion offices. In addition to overseeing the Bay Area company's media relations team, he assumed a welcome second role overseeing A&R and artist relations for Windham Hill's jazz and fusion subsidiary, working with such artists as Tuck and Patti, the Turtle Island String Quartet, Andy Narell, Billy Childs, Henry Butler, and Denny Zeitlin.

During the early 1990s, he served as an independent A&R consultant to clients including Discovery Records, newly resurrected by Elektra founder Jac Holzman, and began exploring how new media technologies could enable music discovery, pouring 'old wines into new bottles.' A research project undertaken for Microsoft led to an invitation for Sutherland to join the development team for Microsoft Music Central, an interactive consumer music project combining CD-ROM and online publishing, prompting his move to the Seattle area.

In 1998, Sutherland was recruited by Amazon.com to join the online bookseller's launch teams for music and video, overseeing the editorial reviews databases for its separate music, classical and opera, and DVD and video stores launched over that summer and fall. During his four-year tenure at Amazon, he served as managing editor for its burgeoning DVD business, then pivoted to a senior editorial role with its central marketing group.

Sutherland returned to Microsoft in 2002 as managing editor for the Windows Media Guide, the online platform showcasing streaming media encoded in Microsoft's proprietary codecs. He subsequently moved to MSN Entertainment in a series of assignments culminating in his 2007 move to oversee MSN Music, guiding the channel until 2016.

STEELY DAN is a feisty little outfit. Their songs insinuate themselves onto Top 40 playlists, to blare from car radios and transmute vinylite into gold, ...

ENGLISH REVERENCE for rhythm & blues hasn't stopped with urban and country models of past decades, and as increasing numbers of Britons emulate contemporary R&B ...

EACH NEW instalment in John Cale's quixotic solo career has invited the sort of critical involvement and public indifference that have earmarked him as a ...

DESPITE ITS grim title, Little Feat's fifth album is the work of a band very much alive, its best songs charged with strong ideas, exciting ...

LOWELL GEORGE is ravaged, eyes wired with fatigue beneath the peak of a floppy leather poorboy cap, face pallid against the dark beard. He smiles ...

THE BAND'S NORTHERN LIGHTS: AN UNEVEN EXPERIMENT IN EVOLUTION ...

Top 40 Rasta: Marley at his most Mischievous ...

SO YOU wanna dance? Steely Dan will oblige you, punching up their fast songs with hot guitars and bubbling rhythms. You say you like spectacle, ...

JACKSON BROWNE'S fourth and best album draws its power from a stunning tension of opposites: he continues to revise and refine many of the same ...

AJA IS easily the best album released thus far this year. I hesitate to qualify that statement with words like "pop" or "rock," because these ...

ON A BLEAK, sunless afternoon, Jerry Wexler sits comfortably in the shadows of a recording studio control room, listening to the playback of a vocal ...

Don't the sun look angry through the trees Don't the trees look like crucified thieves Don't you feel like desperados under the eaves ...

WHILE THE rock-crit establishment continues to ponder the future of new wave and the death of disco, U.S. music fans are quietly gravitating toward some ...

Bruce Springsteen Is Worth Waiting For ...

Songwriter, keyboardist, arranger, member of the Doobies and owner of The Voice reveals himself as a somewhat reluctant superstar. Thrust into pop music's center stage ...

BEFORE THE multiple-platinum sales of Aja carried their music to a broad pop constituency, Steely Dan's Walter Becker and Donald Fagen had earned enviable, even ...

LIKE RY Cooder, guitarist Amos Garrett has carved a solid niche for himself without resorting to the usual ploys associated with rock's guitar cult: Although ...

PITY THE POOR marketing people at CBS faced with explaining Elvis Costello's maverick path through modern rock. Between the eclectic classicism of his Taking Liberties ...

AFTER THE bold experimentation of Tusk, the seamless pop flow of the new Fleetwood Mac album sounds initially like a studied attempt to recycle the ...

The current quintet's long-awaited fifth album may be its last with Ms. Nicks ...

Called a recluse and a bigot by some, Newman has more to say than most "confessional" singer/songwriters. ...

TALKING HEADS' first studio album since 1980's Remain in Light is quietly brilliant, reclaiming the more skeletal character of their earlier work without suggesting a ...