Ngaire is a pseudonym for Ngaire Ruth 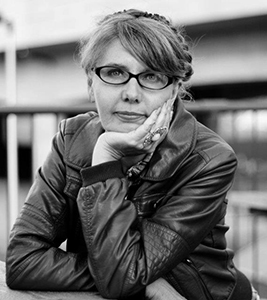 Ngaire Ruth has been a pioneer of the ‘unconventionals’ for other thirty years, in both print and online music journalism; writing with a feminist agenda. She started out in the underground cultural magazine Buzz, a rag that launched an award-winning editor, a successful rock manager, and a Nirvana’s press officer, as well as writers and photographers who gravitated towards the weekly music press. Ngaire worked at Melody Maker for over a decade as a fulltime weekly writer of reviews, interviews, and columns such as Studio Eye and Musicians’ Diary (1989-2000), firstly as NGAIRE, later NGAIRE RUTH. She conducted Blur's first interview in the Maker's Sidelines section and wrote P.J. Harvey's first live review. During the 90s she wrote features for various freelance issues as well as the Melody Maker, including Exit and Siren, in which she did the first P. J. Harvey in-depth interview, prior to her major signing, in response to her live review, and offered enlightening one to one conversations in interviews with Bjork, then of Sugarcubes with her solo career on the horizon, and John Lydon. She was the assistant editor for the independent magazine, Lime Lizard and a regular host of the regional television indie programme, Transmission.

Post-digital Ngaire moved into online journalism as a section editor for the online music magazine thegirlsare. She has also promoted events under the moniker Sketchy Sessions and is now a mentor for the music collective Loud Women, as well as other projects – podcast, book writing, author for the feminist archive, The F Word and occasionally, writing for Louder Than War and Electronic Sound. She is an academic and educator, and an off-page poet/performer, lecturing in her specialist fields at the Academy of Contemporary Arts, and leading the music journalism module.

THIS TIME next year you're going to wonder how you lived without PJ Harvey. It sounds clichéd, I know, but even the toughest Maker boys ...

KELLI HAND is a very cool woman from Detroit, home of a particular electronic techno inspiration, which has, in the past, been credited as the ...