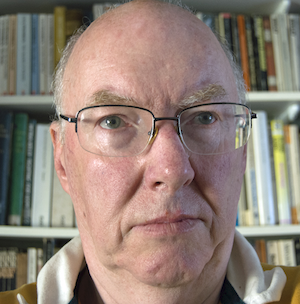 In the first half the 1980s, Mick Sinclair's navigations of the London music scene led to his features and reviews appearing in Sounds, NME, ZigZag and numerous others across the globe, most composed from a desk overlooking the Westway: he chose the desk; the view was coincidental. The ups and downs of these times were recounted his 2013 volume of reminiscences Adjusting The Stars: Music Journalism from post-punk London.

His post-music writing includes a trunk-load of travel guides spanning the Baltic to the Pacific for publishers such as the AA, Thomas Cook and Rough Guides, and cultural and literary histories of San Francisco and the River Thames.

More recently, his observations of the world at large have informed his photography, predominantly of buildings, signs, markings, and other things that don't move, which has appeared in newspapers, magazines, books, and on TV, throughout the world.

Continually since 1979, not counting a brief 30-year gap for rehab, he has written and recorded songs with the Funboy Five, in which his part is integral.

Aside from the above, he is a person of no interest whatsoever.

Contemporary Note: This interview took place at Virgin Records' London HQ during the height of the year-long miner's strike (led by the National Union of ...