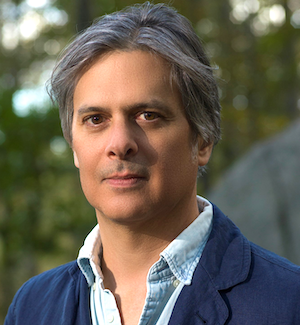 Mark Rozzo is a contributing editor at Vanity Fair. His reporting, essays, and reviews have also appeared in The New Yorker, The New York Times, The Los Angeles Times, The Wall Street Journal, The Washington Post, The Oxford American, Esquire, Vogue, Architectural Digest, and Air Mail, among other publications. As a musician and songwriter, he has released albums and toured internationally with the bands Champale, Maplewood, and Bambi Kino, written music for TV and films (including Sidney Lumet’s 2007 Before the Devil Knows You're Dead), and created soundtracks for Amazon’s Audible.com comedy productions Stinker Lets Loose! (starring Jon Hamm) and Passable in Pink (starring Bob Odenkirk). His first book, Everybody Thought We Were Crazy, a cultural history of 1960s Los Angeles focused on Dennis Hopper and Brooke Hayward, was published in May 2022.

ONE DAY ABOUT 40 years ago, the Rolling Stones found themselves ogling the Beatles' tour van, regally parked outside Royal Albert Hall. "It was covered ...

IN THE LATE summer of 1963, with Beatlemania sweeping into every corner of the British Isles, a reporter approached Paul McCartney for his thoughts on, ...

UP LAUREL CANYON Boulevard at the corner of Lookout Mountain there sits a walled-in postage stamp of lawn and trees. It's a prime slice of ...

Greil Marcus: The Shape of Things to Come – Prophecy and the American Voice

IN THE relatively short history of rock criticism, the 1975 appearance of Greil Marcus' first book, Mystery Train, was an explosion as unexpected and indelible ...

"I'M SADDLED with a very good memory. I remember things from 50 years ago like I'm talking to you today." The director Michael Lindsay-Hogg — ...

BARELY A MONTH after his 22nd birthday, the British reporter, novelist and pop critic Nik Cohn hunkered down in a cottage in Connemara, on Ireland's ...