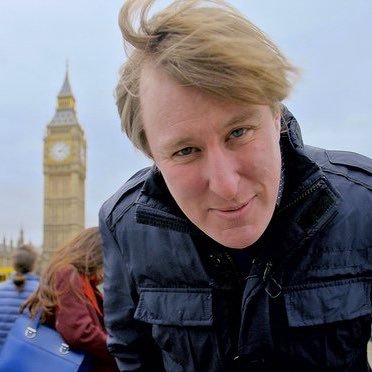 John Harris is a British journalist, writer and critic. He is the author of The Last Party: Britpop, Blair and the Demise of English Rock (2003); So Now Who Do We Vote For?, which examined the 2005 UK general election; a 2006 behind-the-scenes look at the production of Pink Floyd's The Dark Side of the Moon; and Hail! Hail! Rock'n'Roll (2009). His articles have appeared in Select, Q, Mojo, Shindig!, Rolling Stone, Classic Rock, The Independent, the New Statesman, The Times and The Guardian.

Sleeper: Kipping Against The Pricks

Tired of being safe? Fed up with worrying about the ozone layer? Bored with modern life? Then you need SLEEPER. The last of the dirty, ...

While PUBLIC ENEMY have been lying low for the past two years, errant rapper FLAVOR FLAV has been having very personal, and very public problems ...

M PEOPLE make timeless pop songs, have a genuine cool soul singer and a classic album that won them the Mercury Music Award — and ...

Has it all gone wrong for SUEDE? Dog Man Star not accorded the status they wished for, doubt over Richard Oakes' ability to better Bernard, ...

Manic Street Preachers: From despair to... where?

The disappearance of RICHEY EDWARDS has rekindled all sorts of fears and rumours, from the possibility of suicide to the seemingly inevitable split of the ...

PETTY ON THE OUTSIDE ...

Oasis's sixth album is out at the end of the month. John Harris wonders whether it can really be the promised return to form ...

Retrospective and Interview by John Harris, The Guardian, 12 August 2005

Without Britpop, would we have had hit guitar groups, stadium anthems or rock stars on Newsnight? Ten years on, John Harris looks back on how ...

Admitting I liked Simply Red didn't fit with the NME's Maoist indie conspiracy, but Hucknall's repertoire is studded with triumphs ...

Drug comedowns and fist fights — an angry and uncompromising collection of lyrics. Who else in modern English music is doing anything quite like this? ...