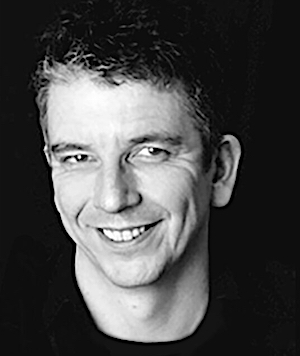 He has been a regular contributor to The Guardian, The Observer, The Independent, The Independent On Sunday, London Evening Standard, Four-Four-Two, Football 365, Radio Times, Champions, Melody Maker, Sounds, Select, Tracks, Insight, FHM, Arena, Supply Management amongst many others. He also wrote the acclaimed sleevenotes to the chart-topping re-issue of George Michael’s Listen Without Prejudice Vol 1.

He regularly appears as a critic on television and is currently starring in his seventh series of Sky Arts's Discovering Music. He has regularly appeared on all the BBC's national radio networks and scripted episodes of Top Of The Pops II and two series of Sky's The Pop Years. He reviews music and sport books for the i. His own books include Love Is The Drug (1994), Playing At Home (1998) and Radiohead: Life In A Glasshouse (2020)

He has written on sport, chiefly football, for over 20 years for newspapers including The Independent/Independent On Sunday, Sunday Times/Times and Daily Telegraph/Sunday Telegraph, plus magazines including Four Four Two, Champions and Saga. He has reported from every Premier League ground and has interviewed countless sporting icons from Harry Kane and Jordan Pickford and Adam Peaty to Ronaldo, Ryan Giggs and Tai Woffinden.

"MUSIC IS with us all the time. We don't take holidays. I even dream about music." ...

HAMMERSMITH IN THEIR HAND? ...

IT IS HARD not to sympathise with Neal Casal: he is surely doing this for love, not money. After seven mostly impressive albums in five ...

The Frank and Walters: Glass

IT IS HARDLY giving away state secrets to acknowledge that things are not going well for Cork's Frank and Walters. When their 1992 debut Trains, ...

TIMES ARE TOUGH right now for the musical descendants of Jeff and Tim Buckley, Tim Hardin and Talk Talk in their noodly period. Always on ...

Delirious?'s defining moment occurs at the close of their set. 'I'm Not Ashamed' is a Green Day-style, punky rock song. Singer Martin Smith, a slender, ...

"IS THIS A JOKE?" shouts a disgruntled heckler midway through this unsatisfying evening. "Get off". It doesn't seem to be a joke. The Barbican's Only ...

Live Review by John Aizlewood, The Guardian, 2 May 2002

THE BRISTOL REVOLUTION of Massive Attack, Portishead and Tricky seems almost a fiction of folk memory in these backwards-looking days of the Strokes and the ...

THE RATHER inglorious tradition of shouty punk women began with the Slits, but trio Sleater-Kinney take their cue from long-forgotten compatriots Ut, whose celebration of ...

IT SOUNDS LIKE either madness or genius, and it's actually a bit of both. As her follow-up to 1998's The Miseducation of Lauryn Hill, which ...

Ken Boothe: Everything I Own: The Best of Ken Boothe (Trojan)

Adele, Duffy: Adele and Duffy are products of the age of X Factor

FAR FROM slender, festooned with tattoos which suggest he's spent the past few years at her majesty's pleasure, the wrong side of 30 and blessed ...