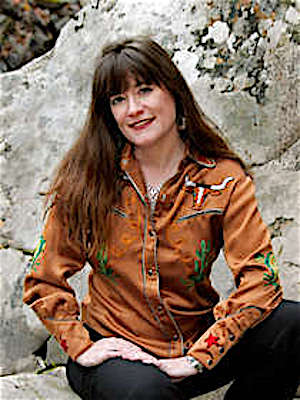 Holly George-Warren is an award-winning writer, editor, book packager, producer, and music consultant. She is the author of Public Cowboy No. 1: The Life and Times of Gene Autry (Oxford University Press, 2007), The Rock and Roll Hall of Fame: The First 25 Years (HarperCollins, 2009), Cowboy! How Hollywood Invented the Wild West (Readers Digest/Ivy Press, 2002), Punk 365 (Abrams, 2007), Grateful Dead 365 (Abrams, 2008); and the children's books Honky-Tonk Heroes and Hillbilly Angels: The Pioneers of Country & Western Music (Houghton Mifflin, 2006), Shake, Rattle & Roll: The Founders of Rock & Roll (Houghton Mifflin, 2001), and The Cowgirl Way (Houghton Mifflin, July 2010). She has cowritten several books including The Road to Woodstock (with Michael Lang, Ecco/Harper Collins 2009), How the West Was Worn (Abrams, 2001), The Working Woman's Guide to Managing Stress (Prentice-Hall, 1994), and Musicians in Tune: 75 Contemporary Musicians Discuss the Creative Process (Fireside, 1992). Her biographies of Alex Chilton and Janis Joplin were published in 2014 and 2019 respectively.

As Editor of Rolling Stone Press from 1993-2001, she oversaw the production of more than forty books, including the New York Times bestseller, Garcia (Little Brown), and the ASCAP-Deems Taylor award winner Images of Rock & Roll (Little Brown). In 2003, she served as music editor to the first-ever Zagat's survey of the top 1000 albums of all time. She has edited and packaged the Rock and Roll Hall of Fame annual induction book every year since 1995.

George-Warren received a Grammy nomination (for Best Historical Recording) in 2001 for coproducing Rhino's five-CD box set, R-E-S-P-E-C-T: A Century of Women in Music. She also coproduced the three-CD set The Rolling Stone Women in Rock Collection (Razor & Tie), a series of CDs with the Lifetime network, and a Wanda Jackson tribute album. In addition, she has served as an archivist/curator for the Rock and Roll Hall of Fame Foundation and The GRAMMY Museum. She teaches Arts Journalism at the State University of New York in New Paltz, NY and has lectured at Cornell, Penn, MTSU and CUNY, among other universities.

Holly on the RBP podcast

"PLUMB THE depths, descend the steps and maybe you can have it for your own." The lyrics to 'Shine', the opening track on Hideout, Antenna's ...

Patti Smith: She is Risen

Interview by Holly George-Warren, Option, May 1996

"I was feeling sensations in no dictionary He was less than a breath of shimmer and smoke The life in his fingers unwound ...

ON THE STARK and spacious Devotion + Doubt, Richard Buckner's aching vocals stand weather-beaten but unbowed, like a lone saguaro on the Mojave. And just ...

Retrospective and Interview by Holly George-Warren, No Depression, July 1999

I keep my love for variations, even tho I've some sort of "rep" for starting what (I think) has turned out t'be pretty much of ...

"When I turned 13 I had a honky-tonk bandAnd now I guess I still doThere's a lot I've seen that I don't understandBut I'll tell ...

Playing is the "mostest" fun there is – feeling things and really getting into it. That's what it's all about. – Janis Joplin ...