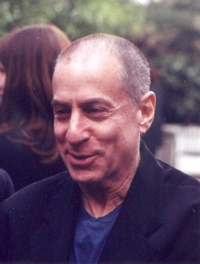 In the '60s, Danny Fields wrote for 16 magazine, Hullabaloo and other titles. As a music industry executive in the '60s, '70s and '80s, he was one of the most influential figures in the history of punk rock. He managed Iggy and the Stooges, as well as the Ramones, as has worked in various roles with Jim Morrison, the MC5, and the Velvet Underground and the Modern Lovers. Fields has been described as "one of the godfathers of punk".

Danny Fields on the RBP podcast

THE ELABORATE lunch for Herman's Hermits was just about over, and the hotel ballroom was a dismal vista of plastic décor and messy, empty tables. ...

Can a straight cat from England find happiness in America the beautiful? Tune in to day's heart-warming installment: Alone With The Hermit, By Danny Fields. ...

The Mamas and The Papas, The Velvet Underground: Mama Cass: Andy Warhol And the Big Bird — Pop Pope Casts Cass

Report by Danny Fields, Hullabaloo, May 1967

SHE HAD ALWAYS BEEN FASCINATED WITH HIM... AND HE HAD ALWAYS WANTED TO MEET HER ...HULLABALOO SAW THEM TOGETHER, SAW HER POSING, SAW HIM FILMING ...

It was a different New York they returned to this time, and the underground they remembered seemed almost as remote as the subways in which ...

Leonard Cohen sat down for a wide-ranging interview with Danny Fields on November 6, 1974, at the Chelsea Hotel, New York City. They discuss how ...