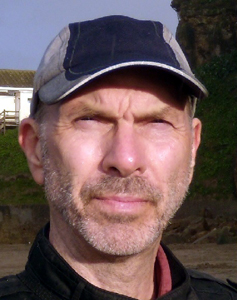 Andrew Means wrote extensively for Melody Maker from 1970 to 1973 with primary responsibility for folk coverage. Subsequently, after several years flitting back and forth across the Atlantic, he settled in the American Southwest and was the music writer for The Arizona Republic newspaper in Phoenix. As a freelancer, he has written for Sing Out!, Billboard, Jazziz, Rhythm and Songlines among other publications. These days he mostly confines himself to writing fiction, which some might say represents no great change.

Hotlegs — Hotfoot To The Top

FOR SO LONG London has been the undisputed capital of Britain's music industry, that it is almost unthinkable to suggest that its position could be ...

LIKE A thousand other relatively unknown groups, Supertramp are trying hard to make a name for themselves. But unlike most groups in a similar position, ...

THIS IS A particularly difficult album to come to any firm conclusion on. For one thing the reaction it produced depends very much on the ...

FROM THE stern inhuman, irrational bloodymindedness of war which served as the subject for Thank Christ For The Bomb, Tony McPhee has turned to anarchic, ...

The Groundhogs: A Hog For You Baby

KEN PUSTELNIK is always ready to point out that Tony McPhee, Pete Cruickshank and he are quite ordinary people, and not so long ago there ...

NOBODY WHO'S involved in present day music is going to deny that the Pink Floyd have contributed some classics. But having become accustomed to them ...

FOR ONE reason or another, Johnny Cash has a rather fearsome image. It's been tempered in recent times by some of the songs he's written ...

Wizzard: The Wonderful Wizzard of Wood

ROY WOOD is one of those rare musicians who has never lost sight of the excitement and imagination that make rock worthwhile. ...

BERT JANSCH'S music has matured into predictable shapes. The combination of traditional and self-composed songs which makes up the major proportion of his repertoire, the ...

HOW DO you begin to describe a guitarist as sensitive and accomplished as John Martyn? Every new album expands one's appreciation of his ability. ...