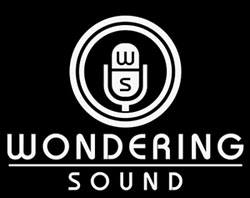 Possessed of a purity of voice and an unerring sense of pop metaphysics, the incomparable Sam Cooke was a singer of soul and inspiration who ...

MEET Young Frank, before the N. Stein that is his iconic cross to bear. Sometimes the Rat Pack genuflect and sharkskin persona that characterizes mid-century-and-beyond ...

LIKE ANY prosperous band with a global audience entering its second decade, Coldplay seems to want to venture away from its enchanted cottage, albeit not ...

The Chitlin' Circuit: Celebrating a Secret History of American Music

FOR YEARS, the Chitlin' Circuit — the network of mostly-Southern, mostly-rural clubs where black artists performed from the 1930s into the '60s — has been ...

IT'S AUTUMN IN NEW YORK, and as I always do at this time of year, I pull Chet Baker from the shelf.  ...

Doc Pomus: It's Great to Be Young and in Love

ELMORE JAMES is often demeaned as a one-trick pony — or, in his case, a one lick pony. That would be the swooping, stinging slide ...

TO MY EARS AND HEART, there is nothing more rousing than a well-crafted single, whatever its source. And whenever Katy Perry's Queen-of-the-Jungle anthem 'Roar' swings ...

IMMIGRATION AGENTS aren't known for their friendliness. But when my plane touched down at Heathrow Airport in early September, I felt I had a pretty ...

BARBARA LYNN, who topped rhythm and blues charts in 1962 with 'You'll Lose a Good Thing', which also crossed over to the pop Top 10, ...