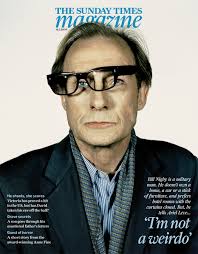 STEVIE WONDER crosses the hotel lobby, resting on the elbows of two other people. That he is blind, has been blind from birth, is nonetheless ...

TO DISCUSS brilliance in pop music is difficult; for there you are a genius by proclaiming yourself one, and the greatest of them all, Elton ...

Keith Richards, The Rolling Stones: The Sound of the Stones

ALL THROUGH THE night while they rehearsed for the European tour, Keith Richards stood there in a trance with himself, rocking slowly backwards and forwards, ...

RY COODER was once described as a "curator of American music". A fair assessment, but it hardly captures the joy and affection of his modern ...

A brief interview piece from early '93, just before her album Debut came out. Nobody, least of all her, had any idea how huge it ...

HIS COMPLEXION is perhaps a little ruddier than we're used to but otherwise Neil Young is looking pretty good for a man who turns 60 ...