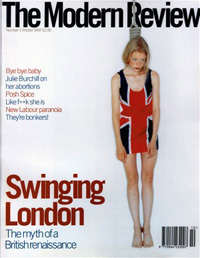 The Modern Review was a London-based magazine reviewing popular arts and culture, founded by writers Julie Burchill and Cosmo Landesman, then married, and Toby Young, who became the editor. The magazine was published from 1991 to 1995. In 1997 it was relaunched by Julie Burchill, but survived for only 5 issues.

FEW THINGS ARE MORE CAPABLE of convincing you that rock 'n' roll is dead than a benefit concert. The spectacle of all those cadaverous rock ...