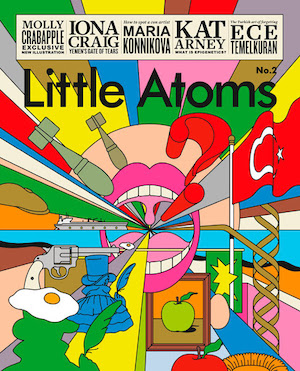 Little Atoms started life as a radio show on Resonance FM in 2005, broadcasting from a tiny, ramshackle studio above an Indian restaurant on London’s Denmark Street. From Day One, Little Atoms defined its duty as defending rationalism, science and free inquiry.

Over a decade, the radio show interviewed leading lights in science, literature, politics and arts.

In January 2015, Little Atoms launched its editorial website, and later that year, the Little Atoms magazine. Little Atoms continues to stand for reason and open debate. We like an elegant idea, clearly expressed.

When Eurovision came to town

In 1993, as war raged in the Balkans, the Eurovision circus descended on the tiny Irish town of Millstreet. It was with the emergence of ...