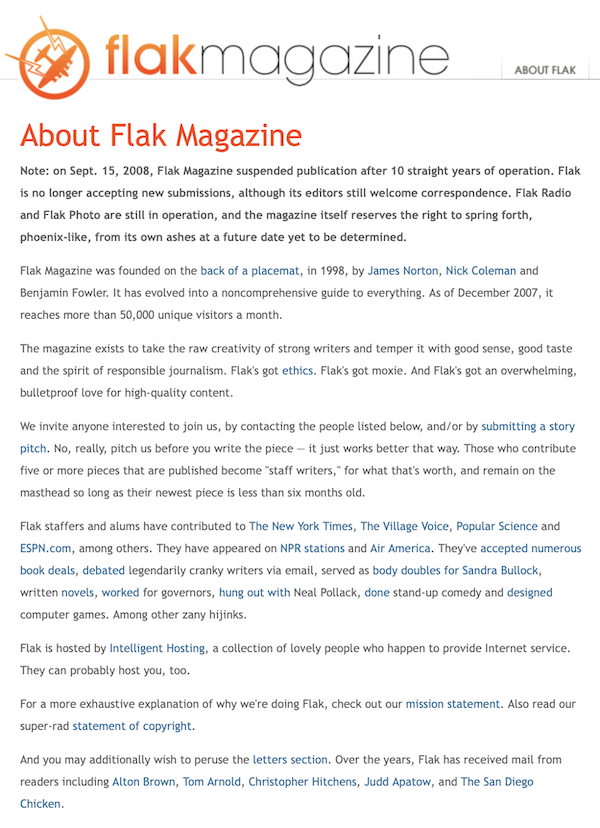 Flak Magazine was an early American online magazine which was founded in 1998 and ceased publication in 2008.

It was founded by James Norton, Benjamin Fowler, Justin Knoll, Nicholas Coleman and others, most of whom were students at and alumni of the University of Wisconsin-Madison.

The Strokes: Is This It (RCA)

GERMAN SOCIAL theorist Walter Benjamin's landmark essay 'The Work of Art in the Age of Mechanical Reproduction' argues that an original piece of artwork possesses ...

'It Was There That I Saw You', the opening track on ...And You Will Know Us By the Trail of Dead's new album, Source Tags ...

DON'T EVEN BOTHER picking up N.E.R.D.'s In Search Of… because within six months, you'll be hearing it everywhere. Much like Moby's Play, this record will ...

IT ALWAYS felt easier to blame the demise of the Pixies on Frank Black. The way the group split — Black announced it to the ...