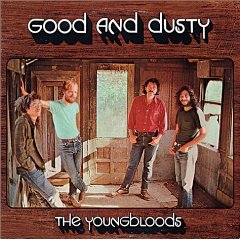 The Youngbloods: Story of Grizzly Bear

TOO OFTEN I'm turned off by new groups on promotion tours to get their first single played. Many times they let the fact that a ...

The Youngbloods — Hair, Hunger And Harmonicas

THEY CALL themselves the Youngbloods and they have out a ridiculously original song called 'Grizzly Bear', but when you get to know them you can't ...

THIS ALBUM is one of the essential records one would possess if a broad cross-sectlon of Rock is the ultimate zenith of one's collecting habits. ...

THERE'S REALLY no way around it. The Youngbloods' career divides quite clearly into three distinct periods: (1) The Youngbloods with Jerry Corbitt (2) Elephant Mountain ...