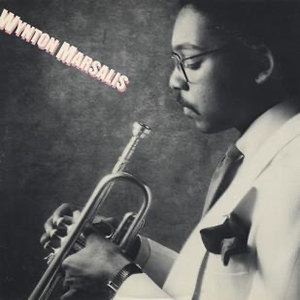 Darting Into the Stratosphere

TRUST WYNTON Marsalis to try the most difficult crossover of all. There has been very little successful commuting between jazz and classical music, although the ...

NONE OTHER than Miles Davis himself pronounced trumpeter Wynton Marsalis a "perfect player," but that may have been damning with faint praise — there was ...

Wynton Marsalis: Shock of the New

Profile and Interview by John Lewis, The Guardian, 2 March 2007

Wynton Marsalis almost explodes with rage when he talks about hip-hop. So why has the jazz stalwart recorded a track on which he breaks into ...

Wynton Marsalis Toots His Own Horn

YES, WYNTON Marsalis has soul. The knee-jerk criticism of the 51-year-old jazz trumpeter ever since his self-titled 1981 album has been that, while always technically ...