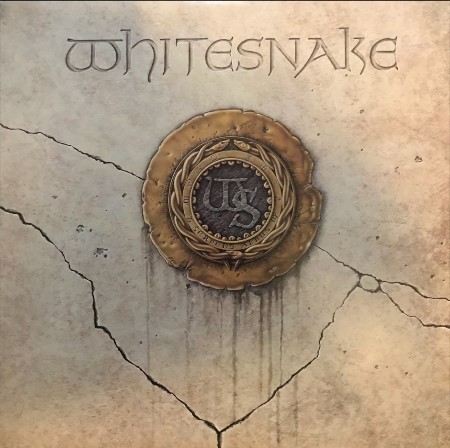 THE FIRST thing you notice as the band squeezes on to the small stage at Scarborough Penthouse is that David Coverdale still projects. Much much ...

WHEN WHITESNAKE first hit the road six months ago (with Brian Johnston on keyboards) the generally buoyant Coverdale let out one cry of pain to ...

Are You A Whore For Rock 'N' Roll?

ROSALIND RUSSELL thinks most of you are ...

BARNEY HOSKYNS straps on his breastplate, girds his loins and takes his sword to the HM Monsters Of Rock joust at Castle Donington. ...

WHITESNAKE ARE known as the male chauvinists of British heavy metal, which is a dizzying thought. Lead singer David Coverdale's stardom is based on his ...

Heavy Metal: The Sound Too Dense to Die

TWENTY SUMMERS ago, it was love. In 1987 it was metal, pop-metal, ushered in by Bon Jovi's much less musicianly 7-mil play on Van Halen's ...

Does Keith Olsen really believe in this stuff, or what?

NO, YOUR eyes aren't deceiving you. Steve Vai is holding a seven-string guitar, custom-made for him by Ibanez. ...

WAKING UP before noon is still a foreign idea to many working musicians, and not just the ones who are hopeless drug addicts. It's just ...

Whitesnake: Slip of the Tongue (Geffen)

A VENERABLE Brit rock band whose only constant was crusty-throated journeyman David Coverdale (his main claim to fame being a 1973-1976 stint as Deep Purple's ...

Hang up your air guitars: Whitesnake will rock no more. Caroline Sullivan is oddly moved ...

THAT HEAVY METAL and its hair – in all seriousness – had such tremendous clout during the 1980s is one of the greatest, and most ...

Mr. Coverdale and His Enormous Snake

THE GENTLEMAN rock star lounges decorously before us, a cigarette steadily smouldering between his fingers. ...