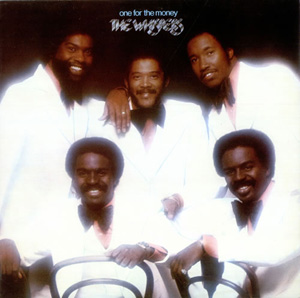 The Sylvers, The Whispers, The Moments: Apollo Theater

CURRENTLY ENJOYING, by their own admission, the most successful period in their career (in fact, as we write this article, radio station WBLS in New ...

Sex and the Solar People

TIM LOTT goes to LA to watch the glitter and tinsel of the biggest thing happening in black music at the moment ...

THE WHISPERS, who've just topped the success of 'And The Beat Goes On' with their latest smash, 'It's A Love Thing', have no hang-ups about ...

THE CONCERT is billed as the Solar Galaxy of Stars, and it's no idle boast. ...

BRITAIN'S TENDED to prefer loud Whispers to soft Whispers in the past, which means we've majored on their dance tunes rather than their ballads. Which ...

ALTHOUGH SIDE one is sub-titled the "dancin' side" (and side two is the "romantic side"), that is somewhat misleading because to be truthful, only the ...

DESPITE ITS TITLE, this collection of all the charted singles released by the Whispers actually includes material recorded for labels they were signed to before ...