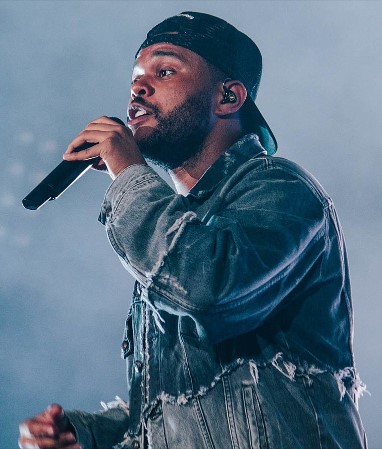 The Weeknd: House of Balloons

A startling debut from a young Canadian RnB artist with huge potential. ...

EARLIER THIS YEAR, Canadian singer The Weeknd (aka Abel Tesfay) became a net sensation when his House of Balloons mixtape attracted the support of rapper ...

"YOU DON'T KNOW, what's in store." The opening line on this major-label compilation from Abel Tesfaye, aka The Weeknd, isn't entirely accurate. Trilogy does feature ...

ABEL TESFAYE, aka the Weeknd, is receiving the kind of cheers you rarely hear for what is technically a support act. The fast-rising 22-year-old Toronto ...

With dark tales of sex and drugs, is the Weeknd the next face of R&B?

FOR SEVERAL YEARS, an introverted Canadian singer of Ethiopian descent, known to R&B lovers for his plaintive voice and atmospheric, after-party, comedown groove, has been ...

Overview Of A Vampire: A Closer Look At The Weeknd's Lyrics

John Calvert is a "guilt-ridden ultra-fan" of "misogynist" Canadian R&B star The Weeknd and here, instead of brushing the themes of his music under the ...