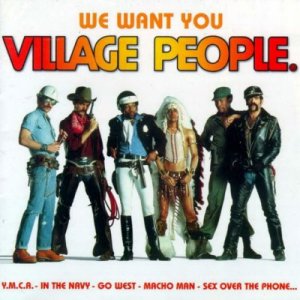 With a debut album that proved to be a big disco item in 1977 and a new album already making strong headway, the six guys ...

BUT CANCEL THAT BOOKING FOR THE YMCA, YOUNG MAN, 'COS VILLAGE PEOPLE AIN'T THAT STRANGE, CLAIMS HUGH 'MACHO MAN' FIELDER ...

The Annals Of Disco

FRONTIER experiments rise and fall, but showbiz pop goes on forever. It's always been that way, and there's nothing to suggest that the Eighties will ...

TONIGHT I learnt why discos are held indoors. The Beautiful People look a bit silly with water splashing around in their transparent sandals and rain ...

Retrospective and Interview by William Shaw, The Face, April 1997

Young man! There's no need to feel down... Until you've heard the strange and tragic tale of the man behind the biggest disco sensation of ...

Retrospective and Interview by Peter Silverton, The Observer, 4 May 1997

"YOUNG MAN!" IT BUTTONHOLES YOU. And then it requires that your body shapes the letters which form the acronym for the Young Men’s Christian Association. ...