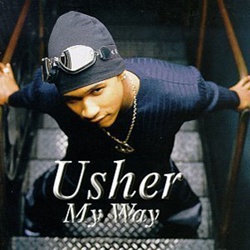 Rise of the House of Usher

APPEARING ON Channel 4's Richard Blackwood Show during his last visit to Britain, clean-cut US R&B star Usher Raymond IV startled the crowd with the ...

From Usher With Love

USHER RAYMOND IV sure has his priorities right. This R&B heavyweight and MTV posterchild understands his hormone-obsessed teenage fanbase. That's why tonight, spectacle is all. ...

MAKE NO MISTAKE, when it comes to R&B, Usher Raymond is a pro. His dedication to his art could never be questioned. ...

USHER RAYMOND is a star. The faithful have thought as much for years, but recently the masses affirmed it when 1.1 million of them trooped ...

Usher: "The fans want my soul"

Baring his soul is second nature to R&B superstar Usher, but although he has documented his recent divorce on a new album, he's got to ...

WHEN THE AFGHAN WHIGS DISSOLVED in 2001, no one would have guessed that Usher would be the catalyst for their reunion — Usher being the ...