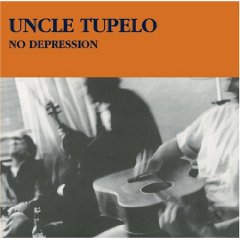 BEFORE UNCLE TUPELO'S No Depression sneaked out of Belleville, Ill., in 1990, the respective sounds of Sonic Youth and Lynyrd Skynyrd probably never occupied a ...

NOW WAY BACK in 1966, Bob Dylan at the suggestion of his producer decided to record in Nashville. The result of course was Blonde On ...

Uncle Tupelo: Are you ready for the alt. country?

UNCLE TUPELO only recorded three albums, but their legacy is extraordinary. Here we talk to original members Jay Farrar, Jeff Tweedy and Mike Heidorn about ...

IN THE SUMMER OF 1990, somewhere in the puzzling chasm between lipstick-smeared hair-metal excess and flannel-clad grunge irony, Uncle Tupelo arrived on the scene like ...

The Compass and the Course: Jay Farrar/Son Volt Considered

BACK AT THE DAWN of the '90s, critical consensus and discerning listeners were drawn towards the emerging alt.country/American sound coming out of the US. It ...

Jeff Tweedy: At Least That's What He Said

The recent publication of his autobiography and the release of his first solo album, Warm, have seen Wilco man Jeff Tweedy reflect on a remarkable ...