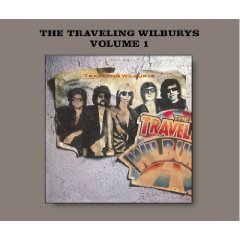 The lead Heartbreaker talks about the album Southern Accents; his long association with guitarist Mike Campbell; his Backstreet record label, and his previous label Shelter; his 1982-'86 sabbatical; Roy Orbison and the Traveling Wilburys; embracing the spirit of punk; his partnership with Bob Dylan; his 1979 bankruptcy; people who cover his songs; live album Pack Up The Plantation, and his current solo album Full Moon Fever.

Tom Petty: Once In A Full Moon

BY THE time Tom Petty became a Traveling Wilbury last year, he had every reason to stand shoulder to shoulder with the likes of Roy ...

A Wilbury explains why Tom Petty's solo album sounds the way it does ...

Bert and Ernie Fill in for Lefty: Traveling Wilburys - Vol. 3

THEY SAY YOUR PERSPECTIVE changes when you’ve got a kid, and since little Mikey hit the one year mark at our house, I’ve been listening ...

SO SPIKE, MUDDY, Boo and Clayton are back – in the sense that, although that's not at all what the Wilburys were called last time, ...

ELO's founder, he has also played inside a spaceship and gripped George Harrison with his bum. ...

The Inside Story of the Traveling Wilburys… Rock's Greatest Ever Supergroup

George Harrison hid in the bushes with a video camera. Roy Orbison, Tom Petty and Jeff Lynne sang harmonies on the porch. And Bob Dylan? ...

This is the full, uncut version of the piece that appeared in Mojo, October 2009. ...